Below is the sheet music for Notorious B.I.G.’s rap verses on his song “Hypnotize.” It is a musical transcription of his vocal rhythms, not the beat. Before it is a video demonstration of the rapper’s rhythms as played by a
triangle, while the bass kick below plays the underlying beat of the
song’s 4/4 meter. 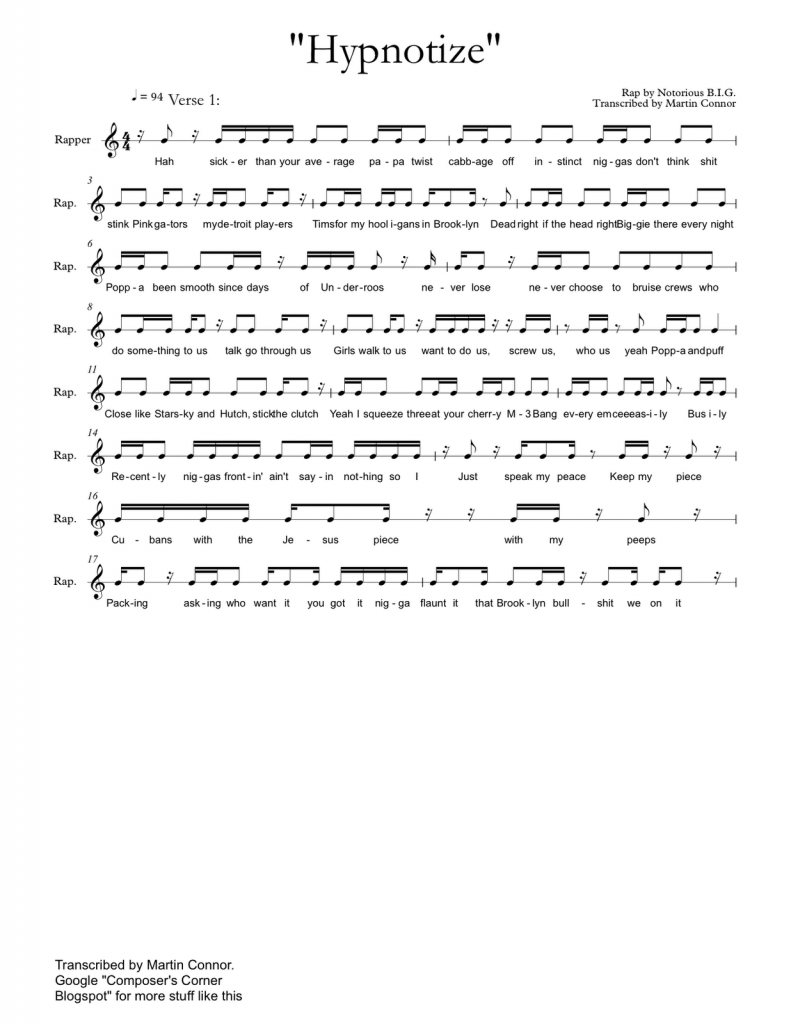 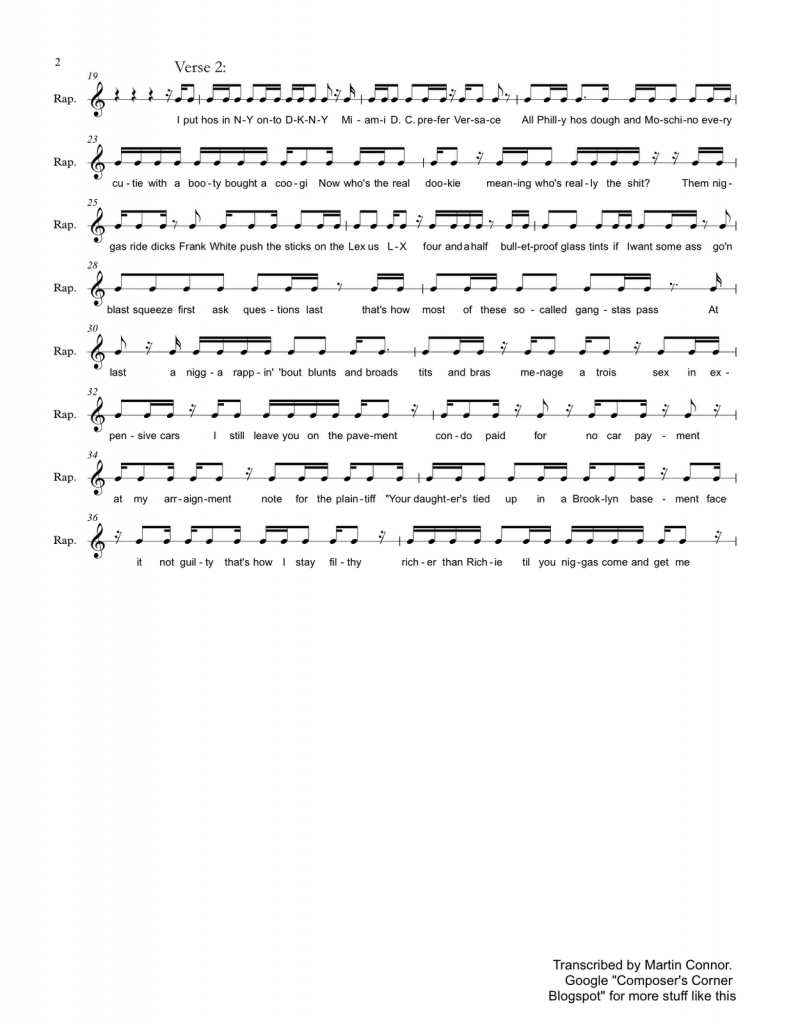 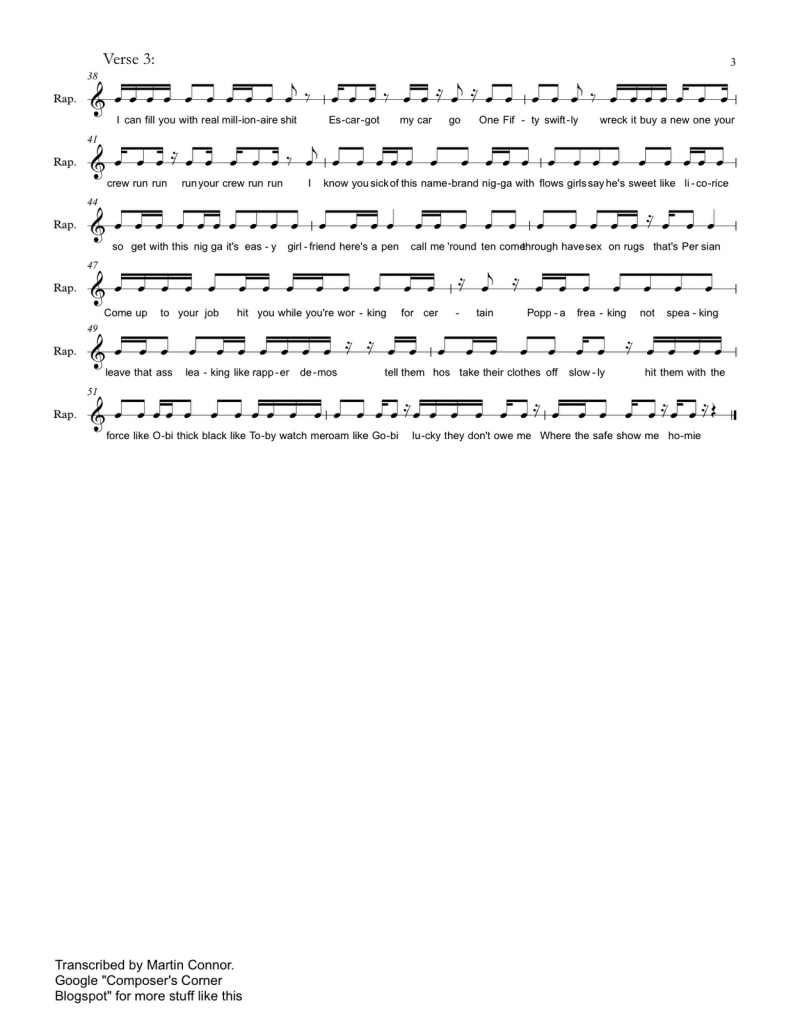