Below are the notated rap rhythms from Eminem’s song called “Lose Yourself”, from the “8 Mile” movie soundtrack. 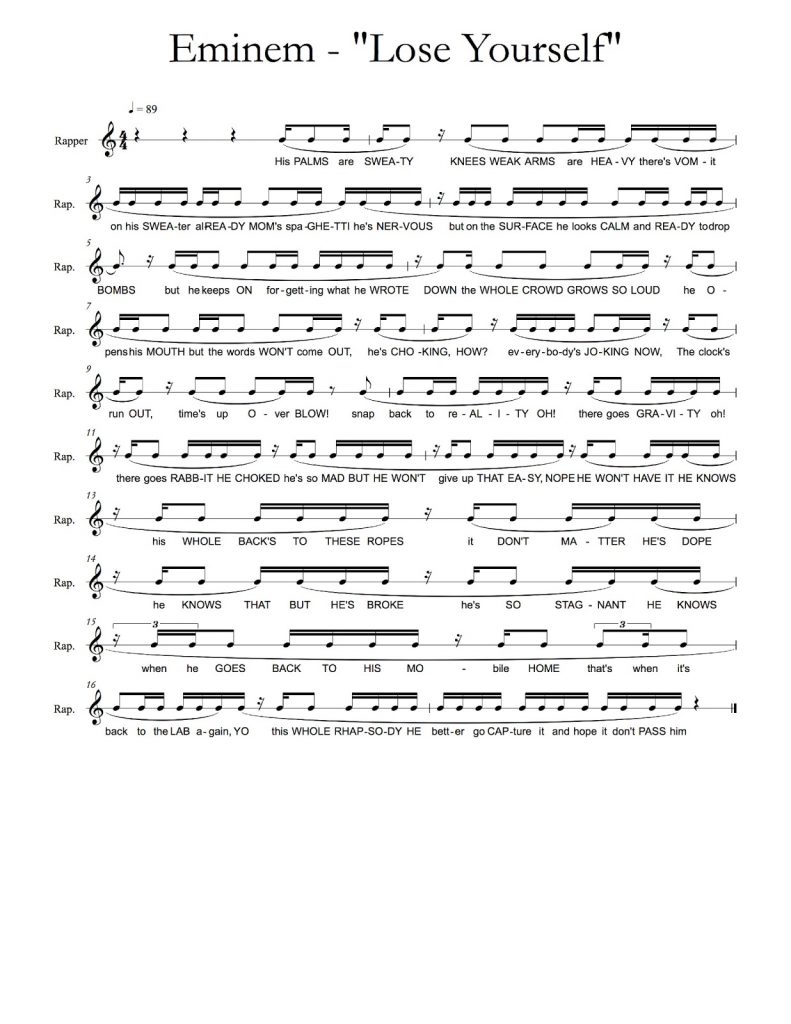