Below is the sheet music for Kendrick Lamar’s verses on his rap song, “good kid, m.A.A.d. city”, from the album of the same name. 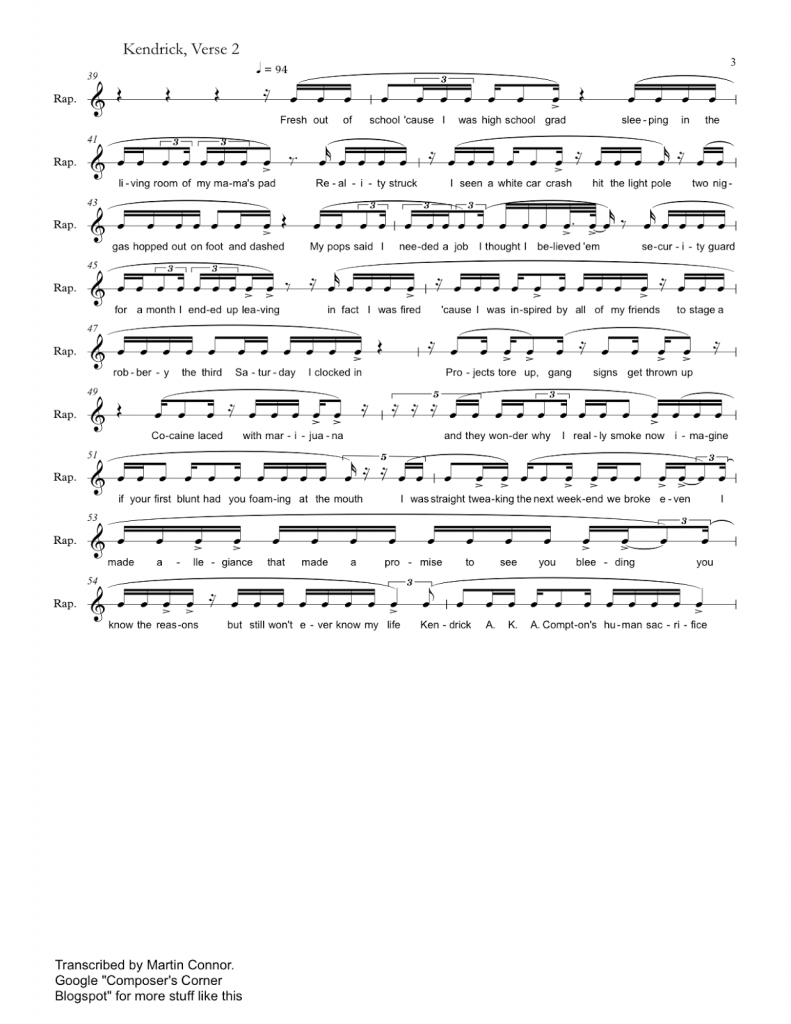 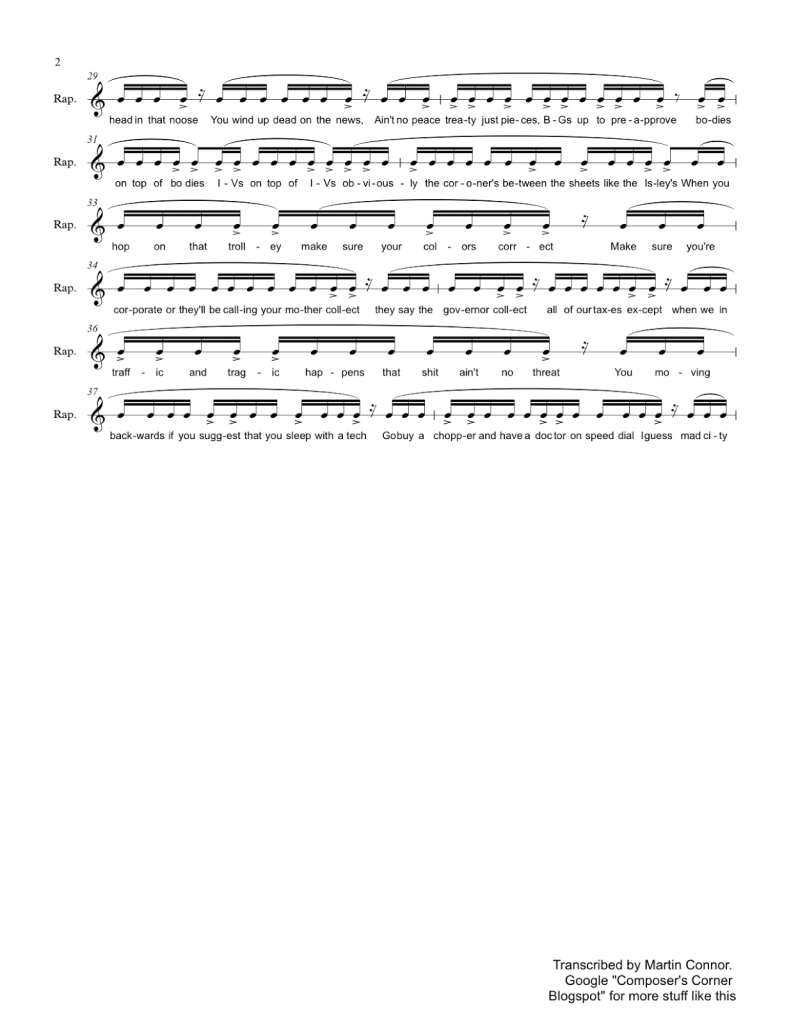