Below is the sheet music transcription of Talib Kweli’s rap verse on the song “Twice Inna Lifetime”, performed in his group with Mos Def, called “Blackstar.” First is shown a video demonstrating the rhythms, playing them through the computer. Skip ahead to 0:56 for this particular song. 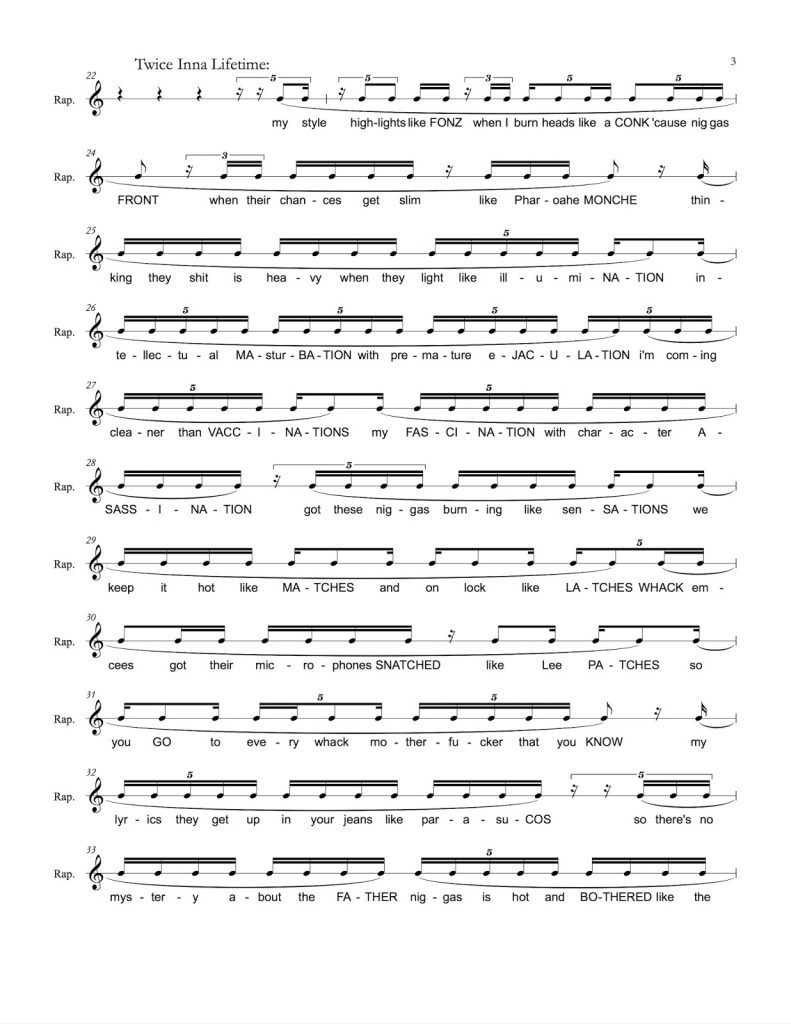 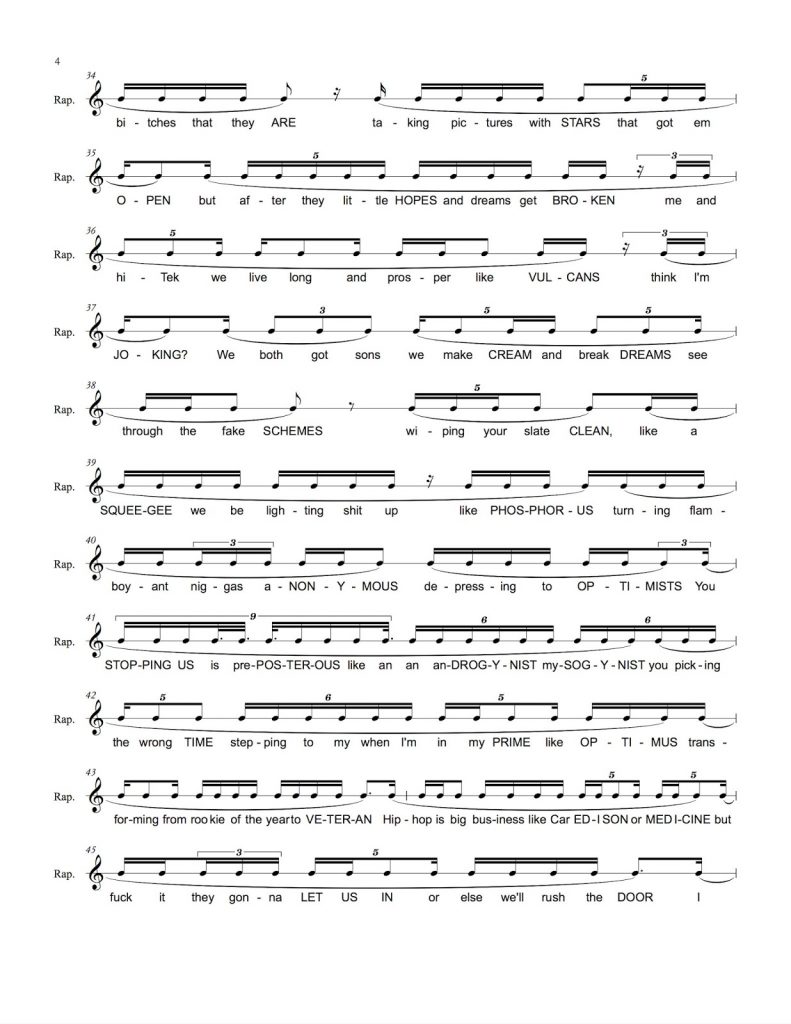 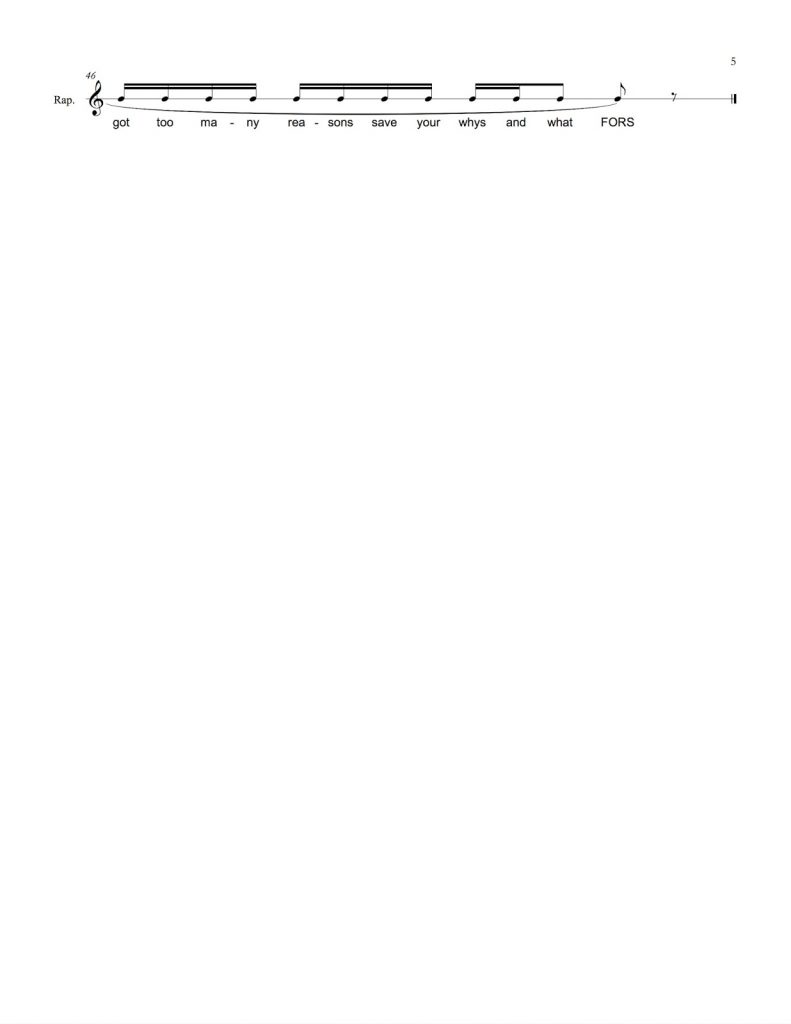