What follows is the musical transcription in notation of the vocal rhythms from Tribe Called Quest’s song, “Scenario.” It includes verses by many different rappers from the TCQ posse, including most prominently Q-Tip and the very famous verse by Busta Rhymes. 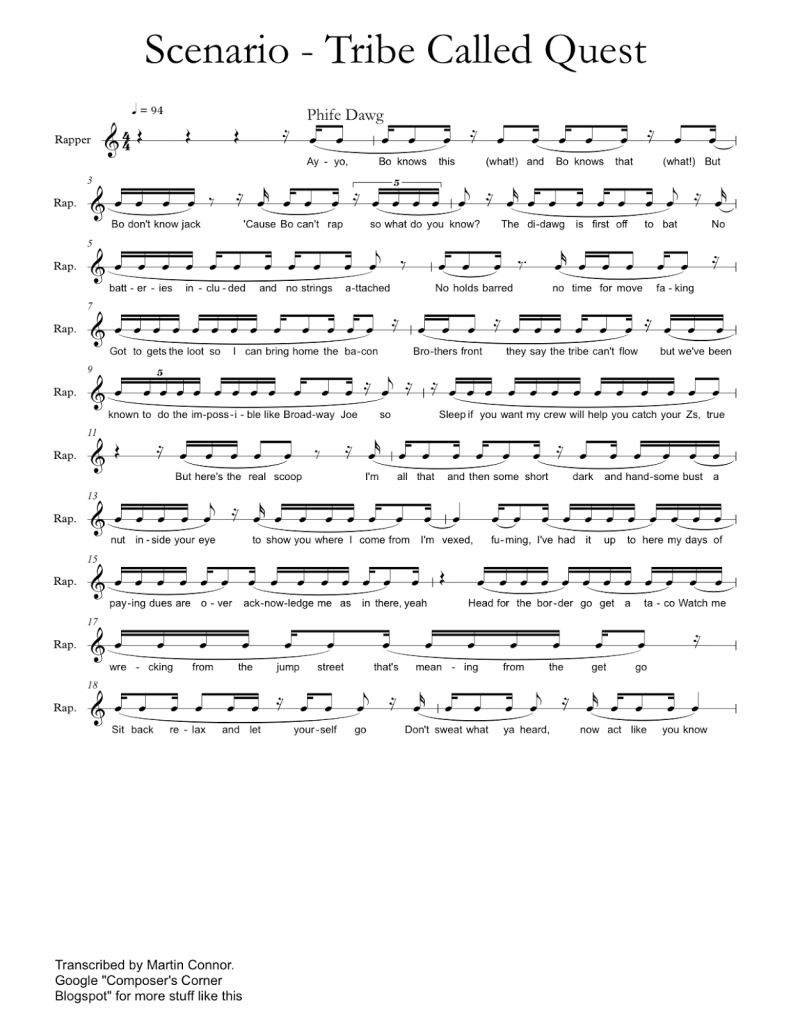 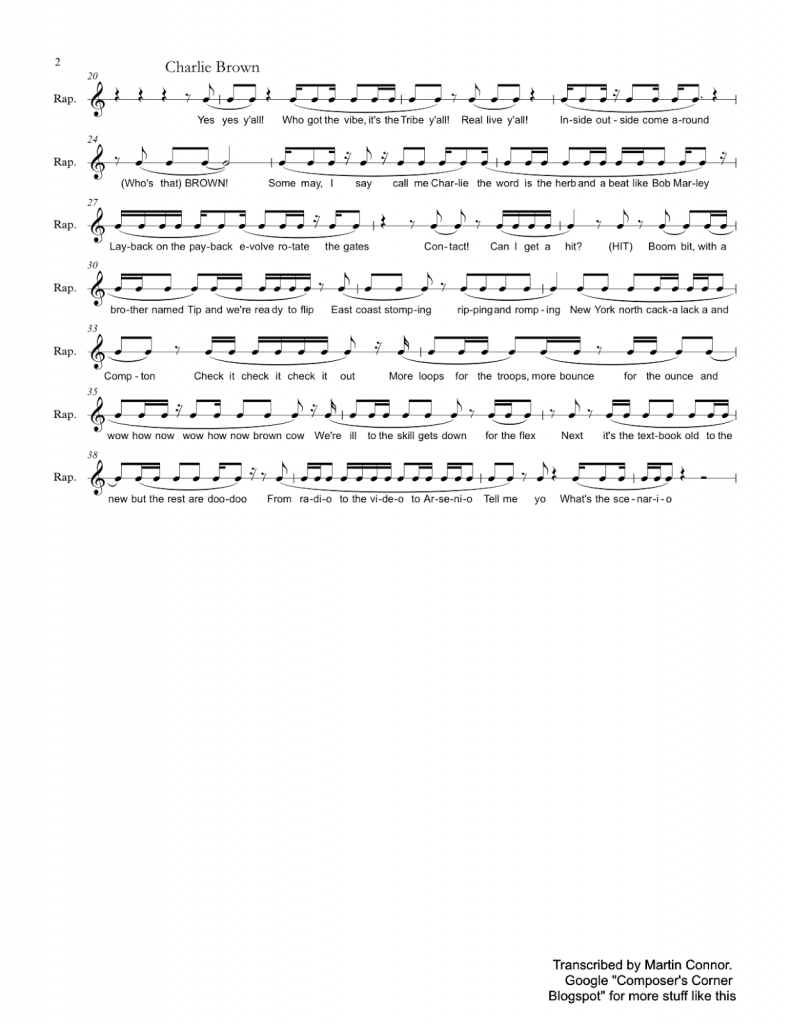 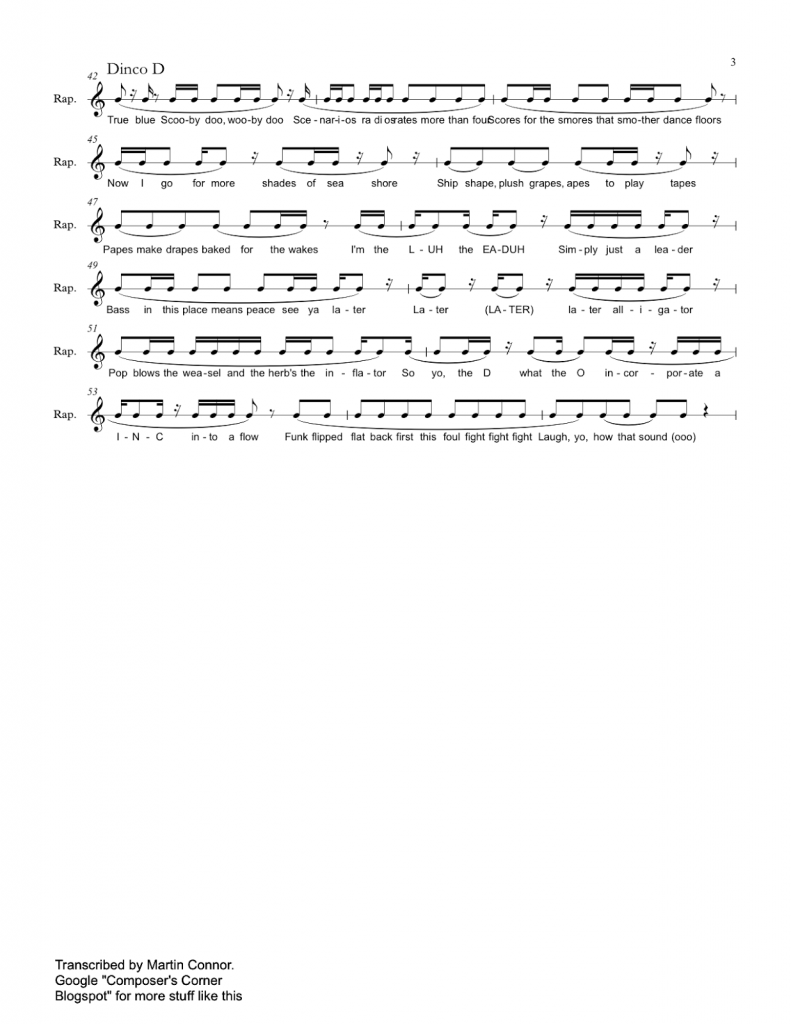 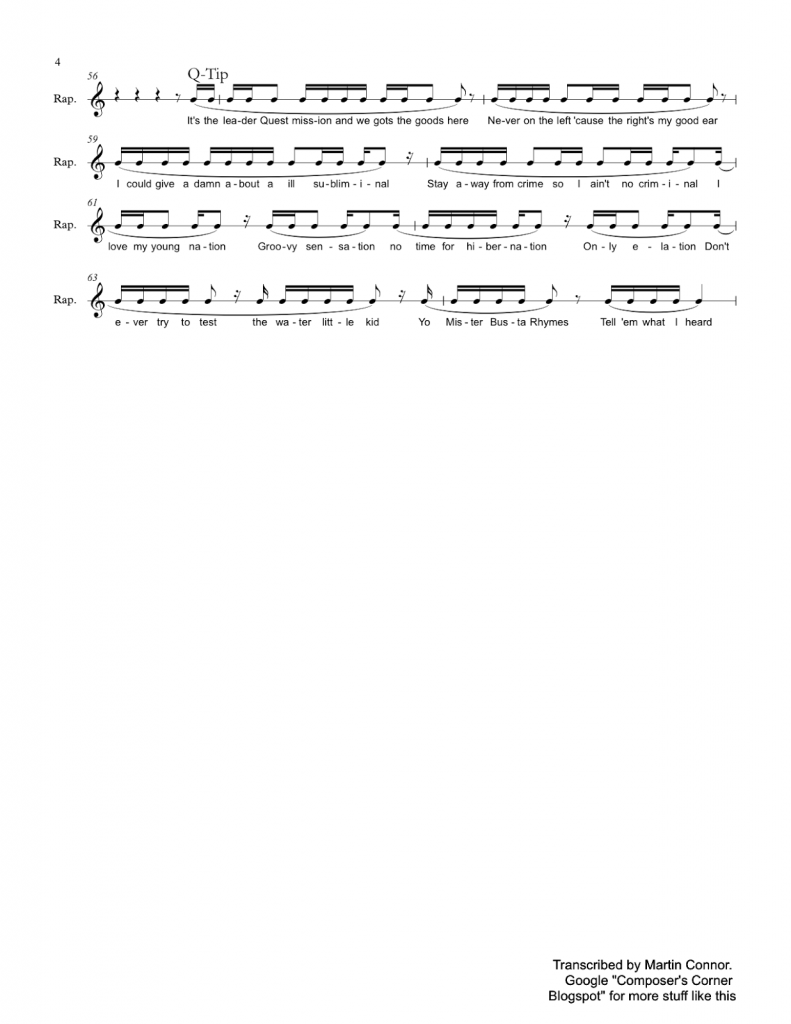 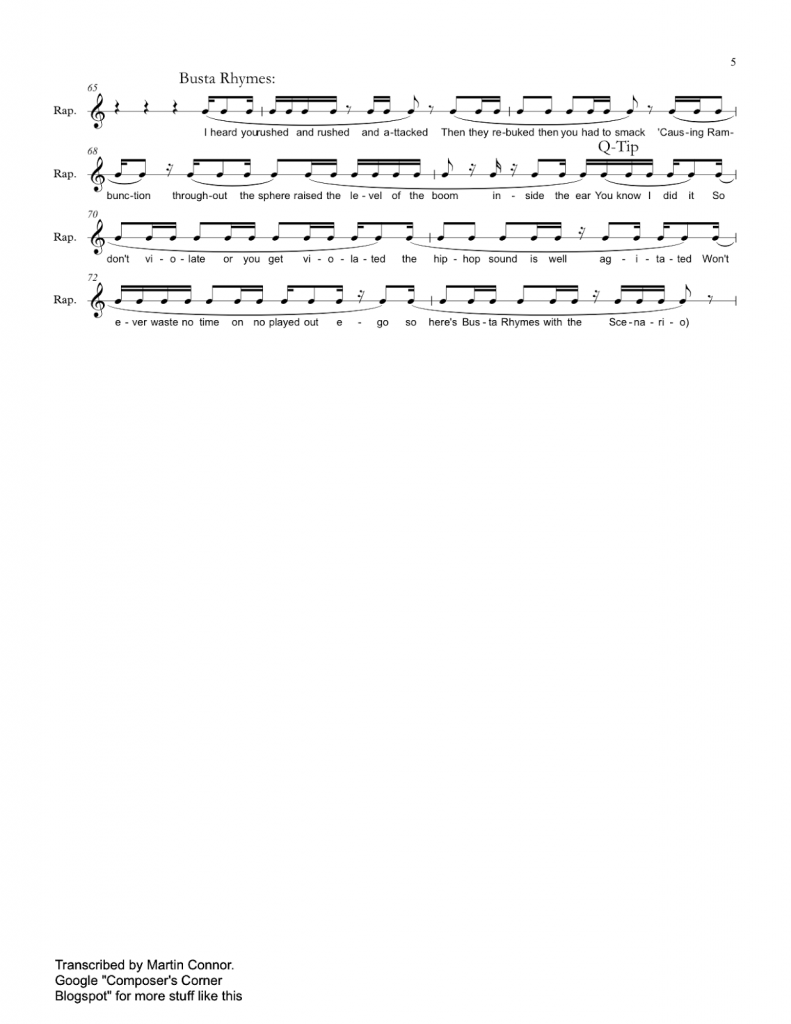 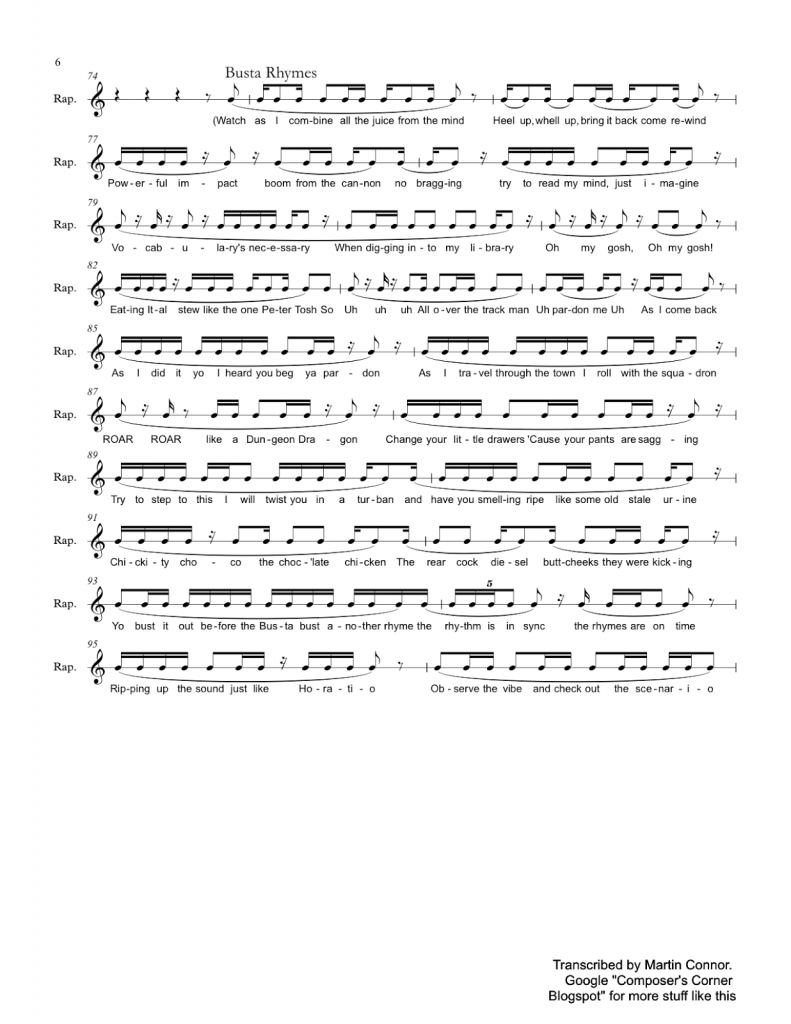 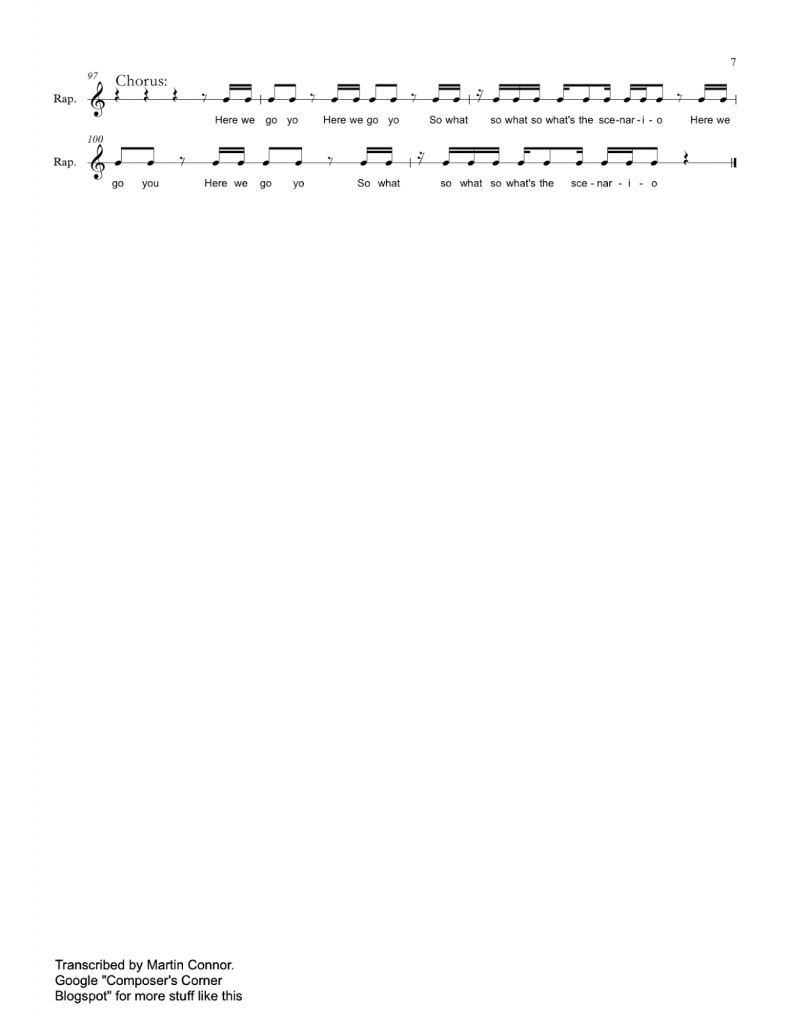