Below is the notated rap rhythms of MF DOOM’s rap on the song “Vomitspit”, from his album “MM..Food.” The video before it is a demonstration of the rapper’s rhythms, as played by a triangle, with the bass kick playing the beat of the 4/4 meter. 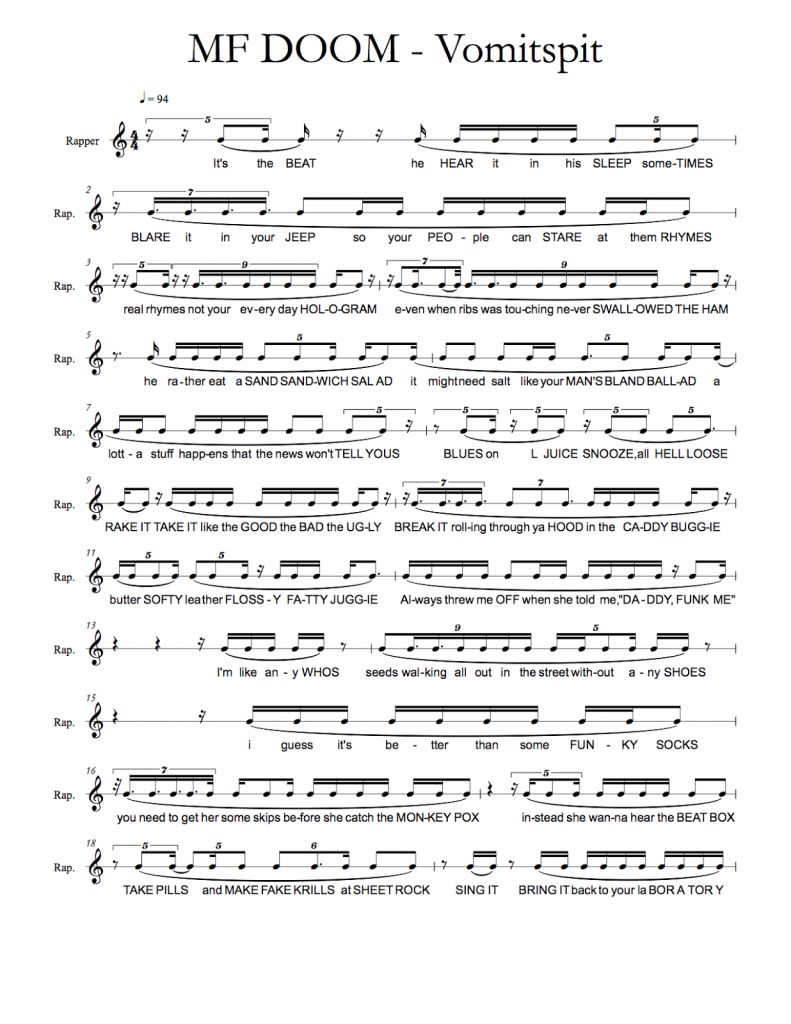 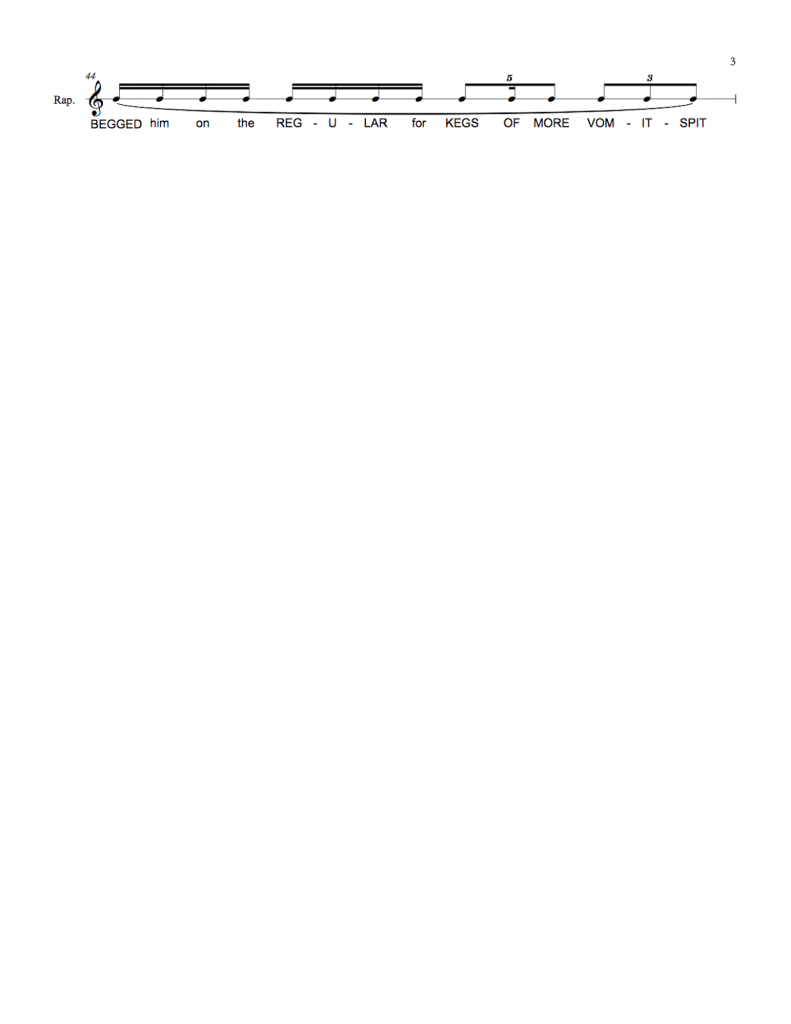