Below is the sheet music for Earl Sweatshirt’s rhythms on his song “Earl”, from his 2010 album called Earl. There is also a video that plays back all of his rhythms for the first 32 bars of his rap. 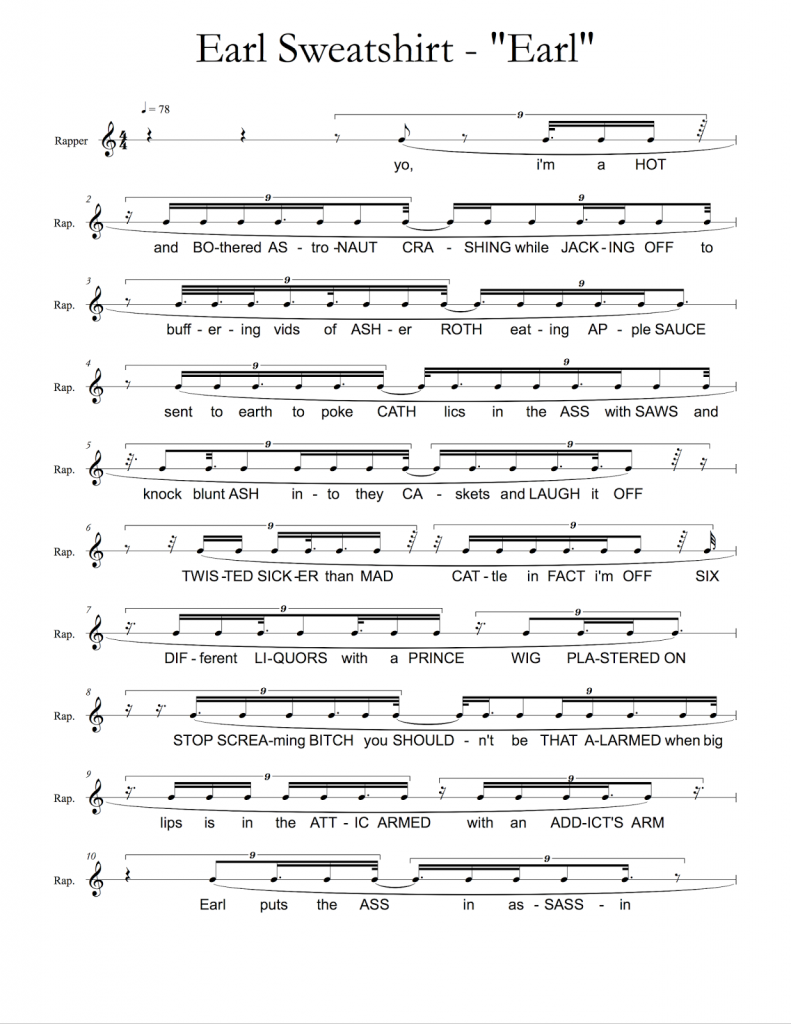 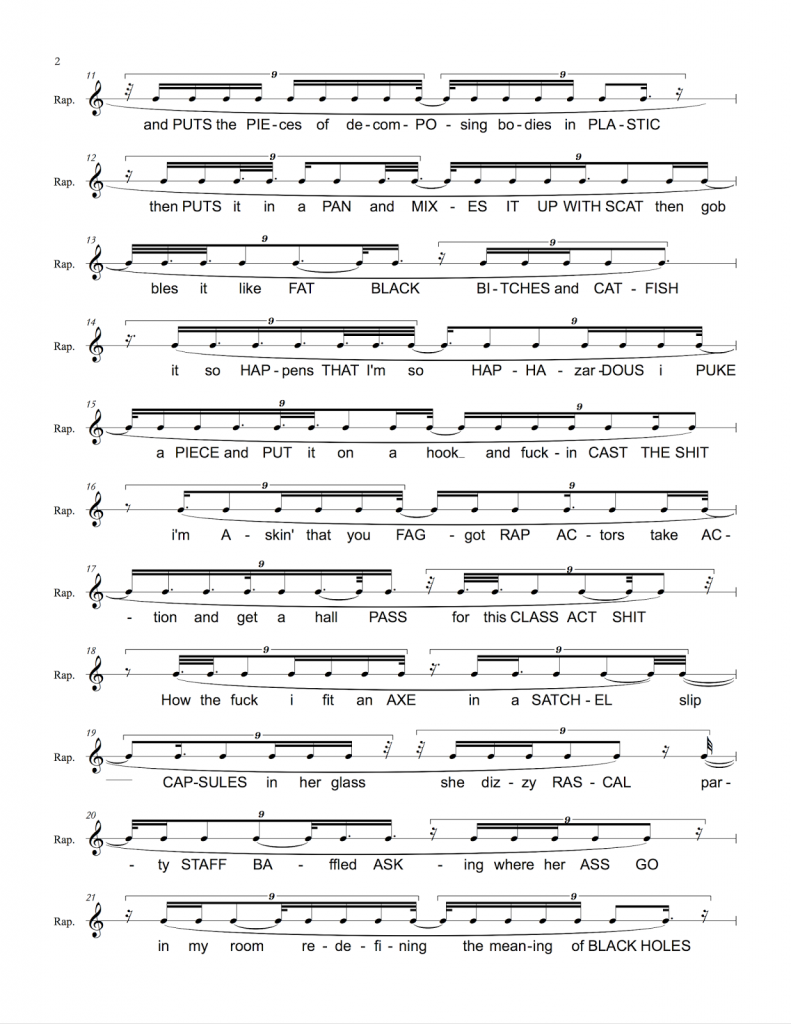 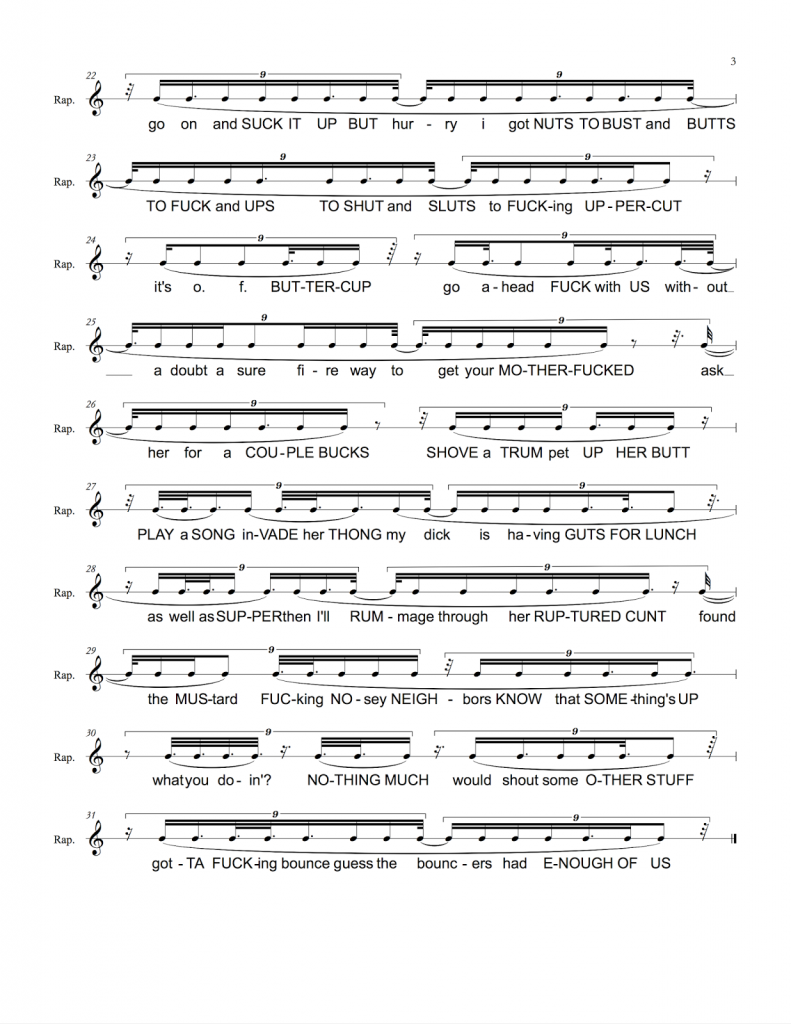