What follows is the music transcription of Busta Rhymes’ vocal rhythms from the song, “Holla”, produced by Dr. Dre. Before it is a video demonstration of the rapper’s rhythms as played by a triangle, while the bass kick below plays the underlying beat of the song’s 4/4 meter. 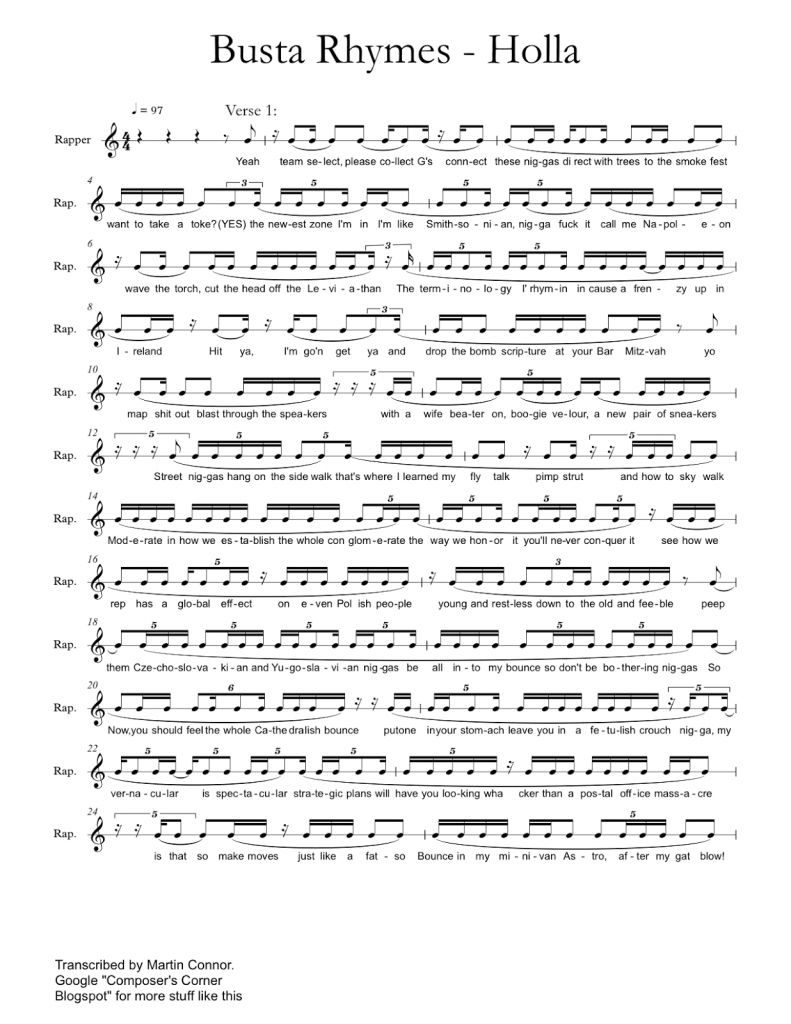 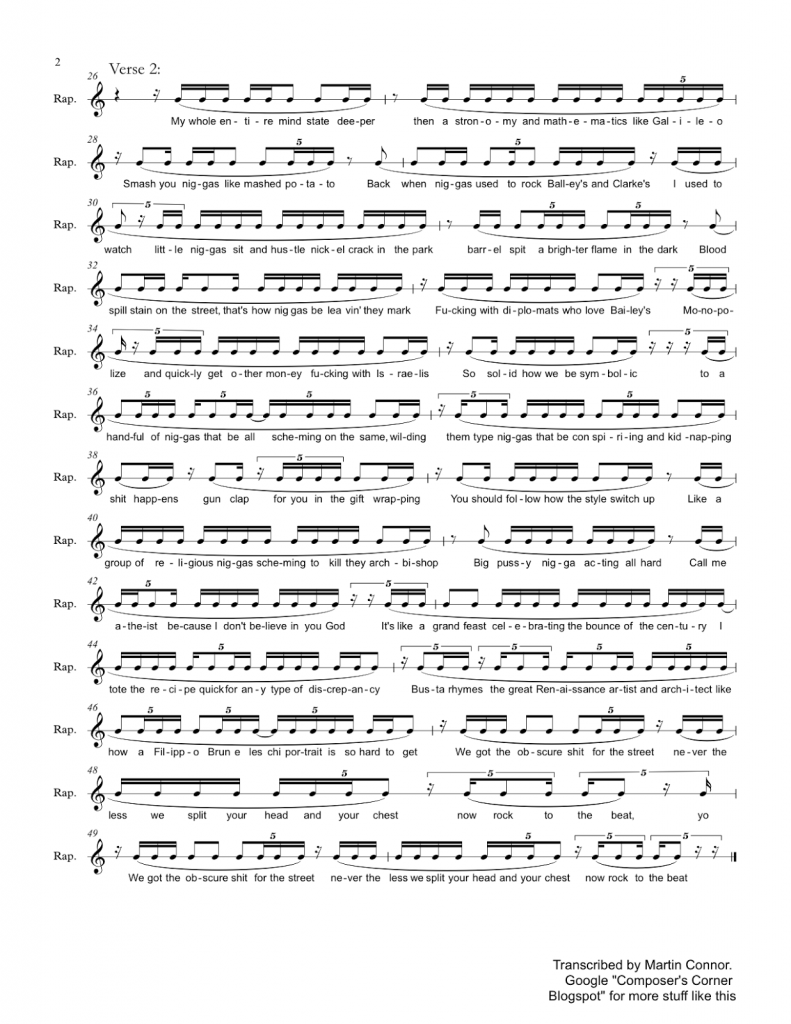